This early Christian necropolis is situated in the immediate vicinity of the village of Nisovo, where an ancient road passed. Supposedly it dates back to the 16th – 18th century. Each gravestone contains a typical cross and interesting symbols regarding age, social status and even the profession of the burred person. In 2008, while excavating the necropolis, the team of professor Nikolay Ovcharov and associate professor Boni Petrunova found a grave of a mother buried with her child, where the arrangement of the skeletons entirely copies the posture of Virgin Mary with the new born Jesus of the Christian icons. According to professor Ovcharov, the finding is unique of its kind to date in Bulgaria. 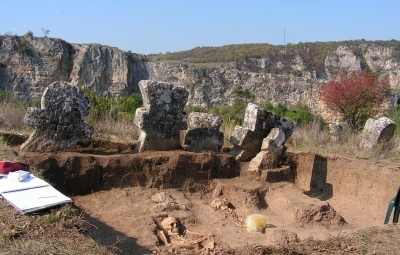 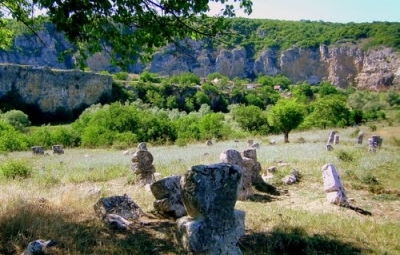 The St. Constantine and Helen rock monastery is the biggest one along the Rusenski Lom River valley. It was probably established as early as in the 11th century. The legends tell about father Pavel, who looked for young icon-painters and provided them shelter in the monastery to let them paint icons. The monks used to copy books under his supervision, which they sent out to remote lands, glorifying the Bulgarian letters. His efforts became known even to Tzar Ivan-Asen II who visited the monastery himself, honouring father Pavel with bishop’s order. The monastery comprises a church and a number of cells. The temple preserves parts from two dug-in stone grave tubs and medieval murals. The monastery is situated about two hours of walking distance from Nisovo, in the valley of the Mali Lom River. An impressive view to the natural park opens from it. 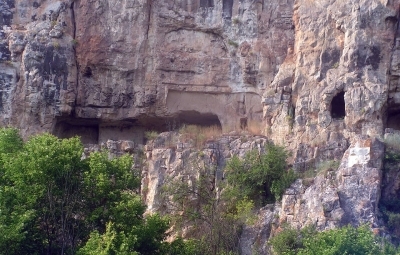 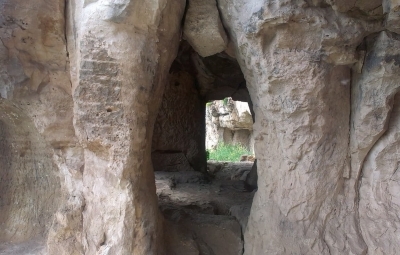 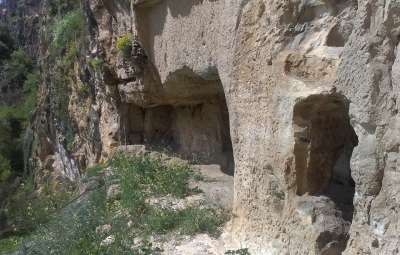 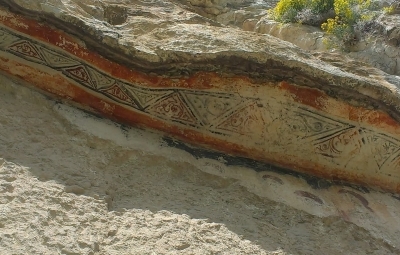 The medieval Bulgarian town of Cherven is one of the most significant military, economical and ecclesiastical centres of the Second Bulgarian Kingdom (12th – 14th century). It became residence of the medieval Bulgarian Cherven bishopric in 1235.
During archeological explorations the following findings were made in the area: a huge stone, fortress walls, underground water-supply facilities, public and administrative buildings, 13 churches, net of streets, residential buildings and workshops. A three-storied fortified tower is completely preserved.
The fortress has been announced National archeological reserve and it is quite a popular touristic site with a well built infrastructure. 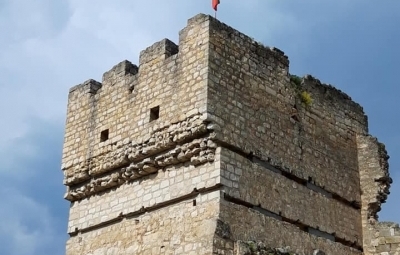 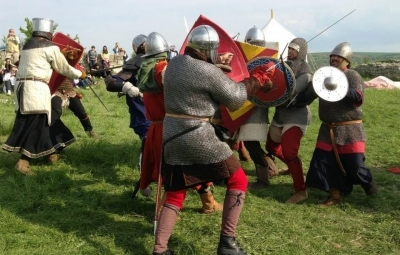 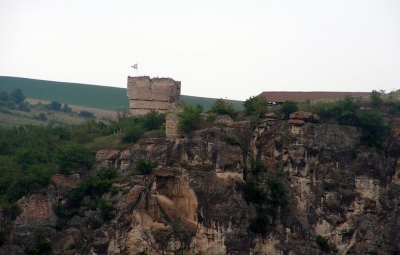 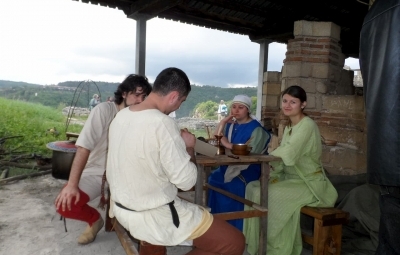 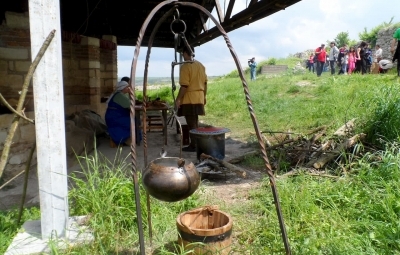 The rock churches and monks’ cells by the village of Ivanovo, Ruse region, form the rock complex Saint Archangel Michael. It was established in the twenties of the 13th century by monk Joakim, who later became Bulgarian patriarch. The monastery maintained lasting connections with the royal court in Tarnovo throughout the period of the Second Bulgarian Kingdom. Tsar Ivan Asen II has been donor of its. The unique monument differs from the other rock monastery complexes in Bulgaria for its well preserved murals, which is particularly the reason why UNESCO included it in the list of world cultural heritage. 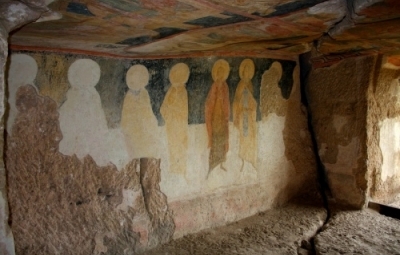 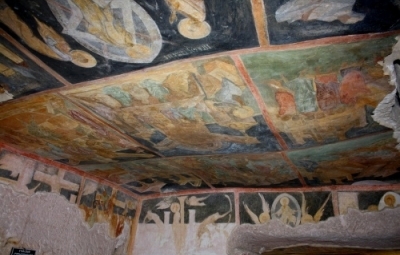 The Orlova Chuka cave is situated 28 km away from Nisovo, to the north of the village of Pepelina, in the cragged gorge of the Cherni Lom River. The name of the cave is associated with the one of the rocky ring above its entrance. In the recent past, this ring served as a shelter of eagles. The total length of the cave galleries has been defined as more than 13 500 km. These figures rank the cave second in length in Bulgaria. It astounds with the enviable beauty of the cave formations. The cave is inhabited by about 10 000 bats of the species chiropters, greater horseshoe bat (Rhinolophus Ferrumequinum) and Rhinolophus Hipposideros.
The cave is announced natural monument in 1962. 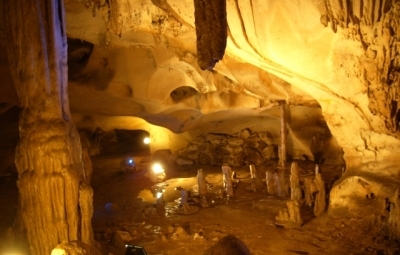 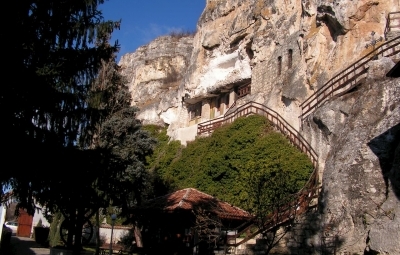 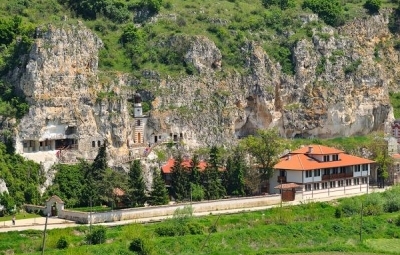 The Sveshtari Thracian king tomb was discovered in 1982, while excavating Mound No.7 in the Eastern mound necropolis of the historical-archeological reserve Sboryanovo. It was built in the first half of the 3rd century B.C. and represents a unique monument of the Thracian sepulchral architecture.
Thanks to its remarkable architecture and artistic decoration, the Sveshtari tomb has been included in the UNESCO list of world cultural heritage since 1985.
More dug-in tombs have been found in the recent years in the mounds around the big Sveshtari mound.
The Demir Baba Teke complex can also be visited nearby. 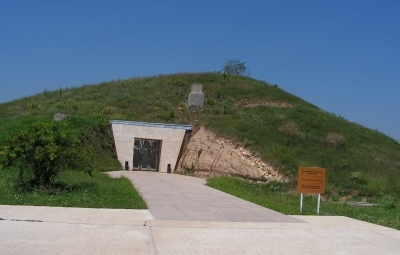 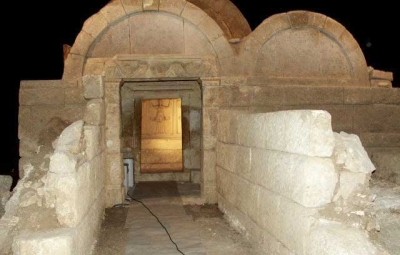 The nature in the village of Nisovo as well as around the whole Natural Park of Rusenski Lom is unique for Bulgaria.
The flora on the park’s territory is presented by more than 1000 species and some of them are endemic to Bulgaria or the Balkans. 15 types of wild orchids are of interest and these can be seen in the Rusenski Lom Natural Park.
The fauna is rich and diverse: 10 species of amphibians, 19 species of reptiles, 22 species of fish, 70 species of mammals, 205 species of birds, out of which 124 nest in the territory of the park. Most of the species are protected.
Of special interest among the birds are the rock-nesting black stork, the Egyptian vulture, the Golden eagle, the oriole, the European roller, the European bee-eater, etc. 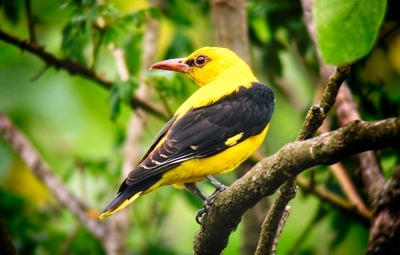 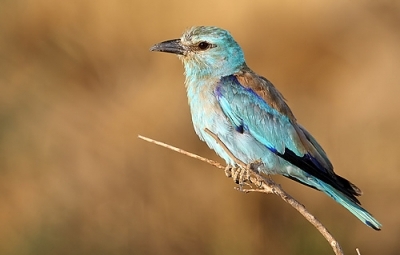 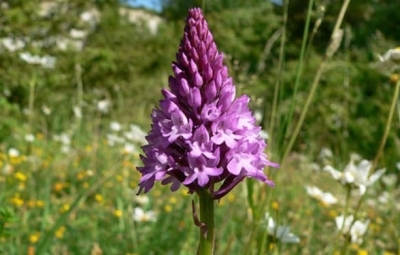